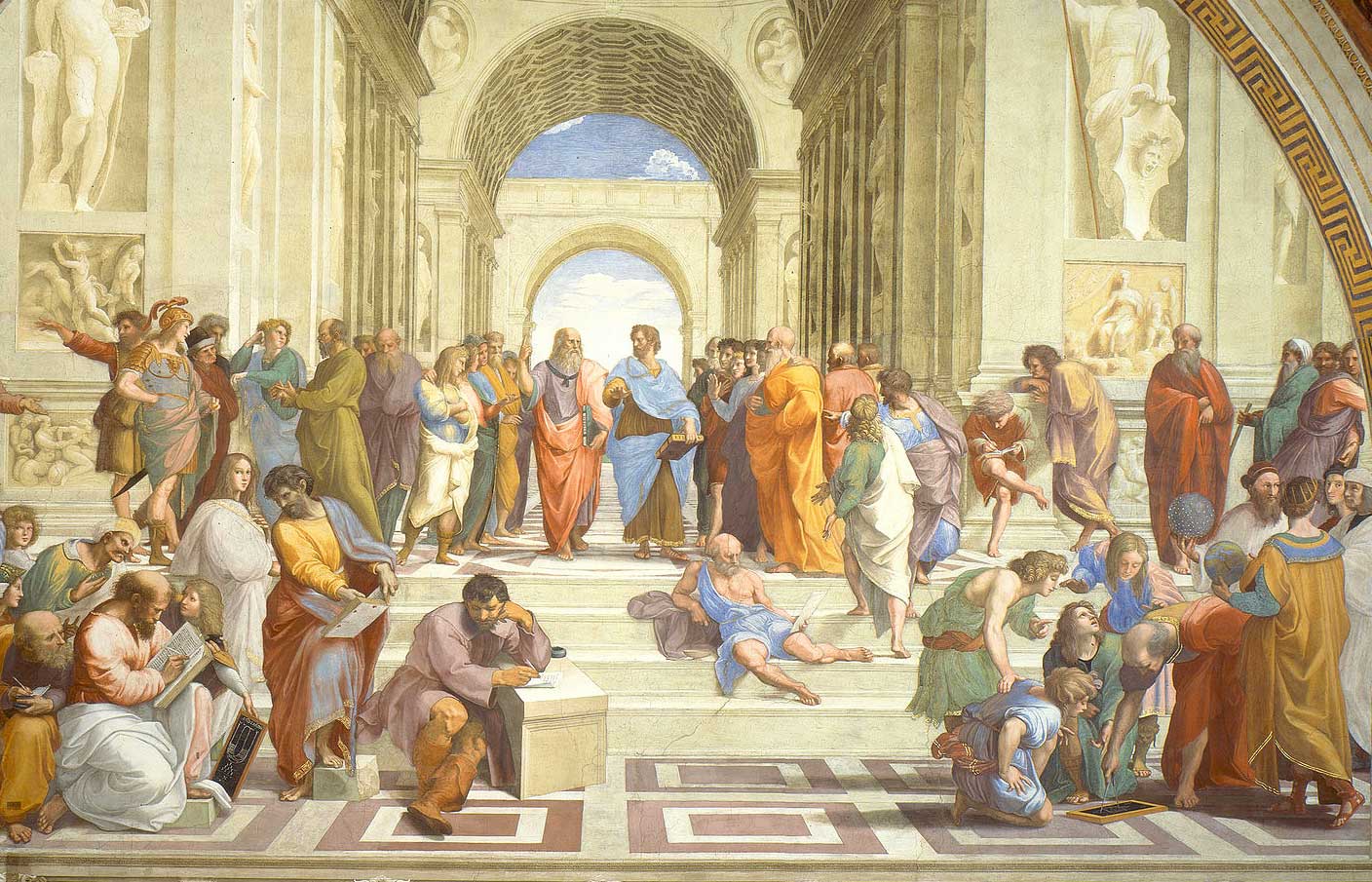 Centro Studi Platone’s aim is to bring the Master’s teachings, his principles and his values in real life.

Plato’s teachings begins with the observation that the World of the Ideas exists and it is an objective reality which is the origin of all thoughts, concepts, archetypes. Reading life in this way changes our approach to it and all the things around us, because life looses that subjectivity which is often considered as a stronghold of our existence.

Conceiving life as if there is a top point containing the truth in which we play, existing and facing our problems: this concept modifies human thought completely.

There is not only “I”, who knows the truth spoken from his Subjective point of view, but a continuous research to reach the Truth already written in the cosmos, already defined, starting and ending point of everything around. It’s up to us to read the road to Divine, to our belonging, to our home, often invisible to most of the people, who sustain their own idea, the only right one, not as a son of a pre-existing “World”, but that can be seen only by the “Humile” man capable of stepping over his convictions, capable of listening to what’s different, faraway from his reality.

The main aim of the Master is to give back to the man his own dignity, his inner strength, and the deepest sense of life. The faith.

Since the beginning it brings along the dualism which reflects the tendency of the Man of living in and through two different ways, often far away from one another. You want one thing and the other, you cry, you suffer because you miss something but you never act in the proper way. You love and you hate, going from one side to the other very quickly and often scaring. Accepting you are like that, you have two forms of energy often opposite ones, facing them with the will to read reality in a new way, overcoming fears, not blaming yourself, freeing you from all dogmatic superstructures coming from anywhere, always searching with your coscience, trasforming duty into resonsibility, knowing, not being afraid to watch.

This is, in their extraordinary vast and multifaced explication, though always keeping the center in the objective reality, the teachings of the Master that we value and believe in with the deepest respect inviting who is interested, who read everything, who think he has understood everything, to stop for a moment on a single concept. Plato, then his teachings, cannot be read, nor interpreted, nor understood… Plato IS… and comprehending (taking inside yourself) his teachings means to learn and to be, accepting that today can be a continuation of yesterday and can completely erase it, repeating he beautiful and initiation path of death and rebirth.

This website uses cookies to improve your experience while you navigate through the website. Out of these cookies, the cookies that are categorized as necessary are stored on your browser as they are essential for the working of basic functionalities of the website. We also use third-party cookies that help us analyze and understand how you use this website. These cookies will be stored in your browser only with your consent. You also have the option to opt-out of these cookies. But opting out of some of these cookies may have an effect on your browsing experience.
Necessary Always Enabled
Necessary cookies are absolutely essential for the website to function properly. This category only includes cookies that ensures basic functionalities and security features of the website. These cookies do not store any personal information.
Non-necessary
Any cookies that may not be particularly necessary for the website to function and is used specifically to collect user personal data via analytics, ads, other embedded contents are termed as non-necessary cookies. It is mandatory to procure user consent prior to running these cookies on your website.
SAVE & ACCEPT